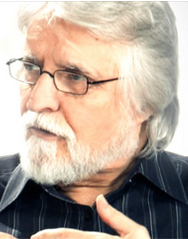 Neale Donald Walsch is a modern day spiritual messenger who has published 33 titles in the past 20 years, including the Conversations with God books, which have been translated into 37 languages and read by millions.

He has lectured on every continent and facilitated extended personal renewal retreats across the globe, creating, as well, both short-form and year-long online programs, with every outreach designed to assist people in applying a revolutionary spiritual approach to life that he has termed “beingism,” arising out of the messages of CWG.

Walsch’s newest book, Awaken the Species: A New Conversation with God, was published in 2017 and describes a new way of being human, which the author suggests could improve individual lives instantaneously, and change the world in less than a generation.

Humans have been told by their spiritual teachers for centuries that it is possible to demonstrate Divinity in their day-to-day lives. Yet whenever it has been suggested how they might do this, they’ve found themselves disagreeing. And then, in history’s saddest irony, they have wound up killing each other over their disagreements on how to best get along, and most effectively live a loving life.

In his current Lecture and Workshop Series… 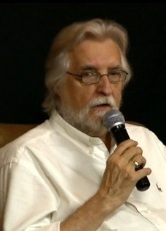 …Walsch invites his audience to explore the assertion in his upcoming book that we are entering the perfect time for the advancement of humanity, with conditions around the world, and our ability to communicate globally about them in an instant, making the problems that threaten our very way of life on Earth immediately clear --- and rendering their solutions both powerfully obvious and easily applicable.

Without wishing to appear simplistic, Walsch says that all it would take now is a collective desire. And this is a quality, he says, that can be awakened in every human, “once all beings on our planet come to know about the True Purpose of Life, the Daily Invitation of Divinity, and the Cosmic Help we are being provided on our evolutionary journey.”

Awaken the Species invites humanity to consider that it is not alone in the desire to reverse the course of certain of its non-harmonic behaviors, then offers an eyebrow-raising exploration of what that could offer to all the people of Earth.

Book Review
The Only Thing That Matters, Zen Life Solutions

HayHouseRadio Interview, October 17, 2012 The Only Thing That Matters:
A Conversation with Neale Donald Walsch
(courtesy of HayHouseRadio.com)